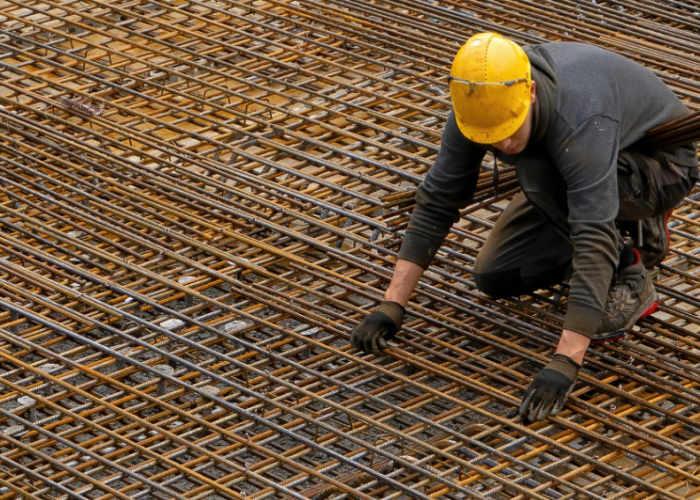 Our investment in Toggle

Toggle is instrumenting the entire rebar workflow to capture data on every step and allow it to layer on process improvements and automation. Rebar is a critical material in construction, but recent stresses on the rebar fabrication industry will only compound as urban construction and infrastructure becomes more complex in design and taller or more massive. Toggle’s approach will enable rebar fabricators to become model-driven and empower them to profitably take on more projects as well as the more intricate designs required in modern structures, without sacrificing worker safety, quality, or reliability.

As investors focused on companies bringing model-driven transformation to legacy industries, we have seen over and over that technology is only one small part of the equation and it ends up mattering little without the right people involved. The Toggle team understands this need keenly and has assembled a one-of-a-kind group of domain experts in order to take on this challenge. Reinventing rebar fabrication requires interdisciplinary collaboration between experts in rebar manufacturing and supply chain, industrial design, reconfigurable robotics, and supply chain management — groups that rarely interacted prior to Toggle.

Reinforcing steel bars (also known as “rebar”) are a key component of all types of construction, representing 5–15% of total materials cost on most projects. Rebar cages and mats add tensile strength to concrete and serve as the internal structure of concrete foundations and supporting columns, giving modern concrete structures the flexibility to withstand natural disasters such as earthquakes and hurricane-force winds. Rebar was cut, bent and assembled by hand when the building technique became widely adopted in the early 1900s, and almost nothing has changed about its manufacturing process in the intervening hundred years.

Rebar looks deceptively simple, but even though we can make smart phones requiring nanometer-level precision by the millions each year, rebar fabrication and assembly have not benefited from the lean manufacturing techniques that have enabled many manufacturing sectors to advance. That’s because raw rebar is both extremely heavy and unwieldy, making it very difficult to manipulate. Furthermore, even though a high-rise building may be made of hundreds or even thousands of similar, repetitive rebar cages, engineering and site constraints require rebar components to vary in myriad ways. This saves on materials costs and building weight at the expense of achieving the economies of scale necessary to break even on the cost of setting up an assembly line.

Rebar manufacturing is complex, physically demanding work, and many traditional fabricators operate at razor-thin margins, leaving little budget to invest in technology that could improve the experience of workers and the quality of rebar produced. There is no silver bullet to improving the status quo: revamping the way rebar is produced to make it safer for workers and transform it from a bottleneck to reliable node of the construction supply chain requires a data-driven, holistic approach, which is what made us so excited when we learned about Toggle’s vision.

We are honored to lead Toggle’s $3M Seed round. The team is already hard at work with a select group of customers in the New York City region on projects spanning urban high-rise, civil infrastructure, and renewable, and we look forward to joining them on the journey ahead. Welcome to the Point72 Ventures family, Toggle!